The International Association of Ports and Harbors (IAPH) convened in Baku, Azerbaijan, 8 – 11 May 2018, under the theme “Ports of the Future: Building Hubs, Accelerating Connectivity. Hosted by "Baku International Sea Trade Port” CJSC (Dr. Taleh Ziyadov, Director-General), it turned out to be the most successful and well-attended Mid-term conference of IAPH, attracting more than 400 delegates, accompanying persons, speakers and exhibitors from 65 nations. 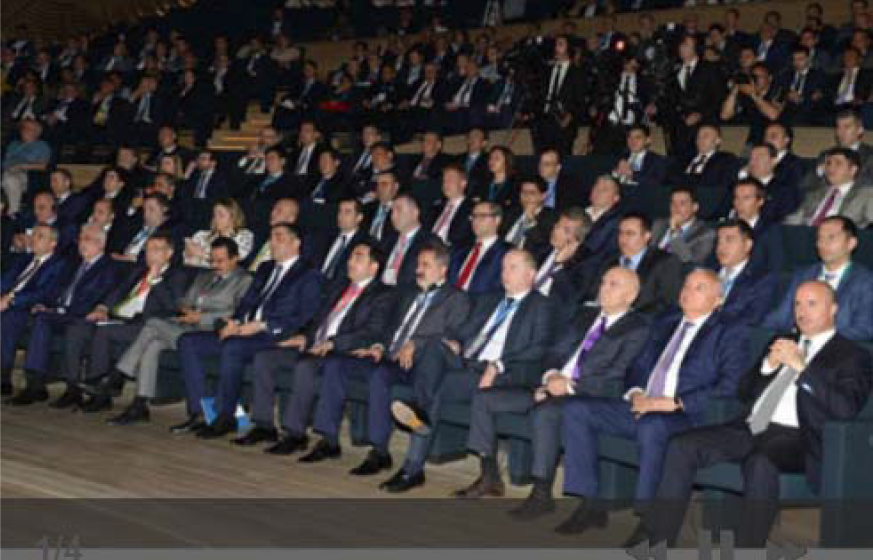 The opening ceremony was staged at Heydar Aliyev Center – a symbol of modern Baku, on Wednesday, 9 May. In his opening speech, IAPH President Santiago García-Mila stressed the significance of holding an IAPH conference for the first time in Baku by mentioning “It is so meaningful for us, world port players, today to gather and debate in Baku, that used to be a key trading post of the ancient Silk Roads and now functions as an important hub port in this region.”

Mr. Ramin Namig oglu Guluzade, Minister of Transport, Communications and High Technologies officially welcomed the participants to the country of Azerbaijan and declared the conference open. In his statement, he said “The restoration of the historic Silk Road on the initiative of the great leader Heydar Aliyev has created the ground for increasing the transit potential of Azerbaijan. Transport and logistics are one of the most dynamically developing areas in the world, and they are also a priority in our country and President Ilham Aliyev keeps it in the center of attention.”

The ensuing working sessions tuned out to be an excellent forum to learn the latest trends of international trade, cultural diversity in maritime world, LNG bunkering operations, port efficiency through digitalization and disruptive technologies, green shipping and logistics, port financing, etc. in which guest speakers and panel presenters recruited from around the world offered some food for thought and debates. They included Sultan Ahmed Bin Sulayem,Group Chairman and Chief Executive Officer of DP World, Elvyn G. Masassya, President Director of Indonesia Port Corporation, Michael Proffitt, Chairman and CEO of FMP, and other well known port executives in the world.

IAPH is scheduled to meet next in Guangzhou, China, May 2019.

Founded in 1955, the International Association of Ports and Harbors (IAPH) is a nonprofit global alliance of roughly 170 ports and 140 maritime companies and institutes representing about 90 countries. The IAPH is dedicated to fostering cooperation among ports and harbors and promoting the vital role they play in creating a peaceful, more prosperous world. Based in Tokyo and recognized as the only voice speaking for ports around the globe, the IAPH has Consultative NGO Status from the United Nations and is active in developing international trade and maritime policy. IAPH member ports handle about 80 percent of world container traffic and more than 60 percent of all international maritime trade.
﻿