April 24, 2018 – The American Club’s Chairman and CEO, and Chairman of North American Marine Environment Protection Association (NAMEPA), announced the lineup for this year’s “Safety at Sea” seminar being held on May 22nd at the National Press Club in Washington DC beginning at 1330hrs for registration. The seminar will be followed by the United States Coast Guard AMVER Awards Reception, and 60th Anniversary Recognition.

“This year brings many new regulations and a renewed focus on safety while at sea”, stated Hughes. “Never has the topic of safety been such an important issue for the maritime industry amidst a myriad of other industry changes. NAMEPA’s goal for this event is to assess the industry’s responsibilities and how best to deliver on them.”

We celebrate National Maritime Day by reflecting on the role the maritime industry plays economically and globally by bringing industry and governmental leaders together to discuss concerns about safety, and strategies for meeting them in this rapidly changing shipping environment:

Key speakers include Kathy Metcalf of the Chamber of Shipping of America, Kiersten Del Valle of CLIA, Captain Morgan Turrell of the NTSB, Captain Jen Williams of the USCG, Max Bobys of HudsonCyber, Jim Elliott who is the President of the American Salvage Association, the Reverend Marsh Drege of NAMMA and Sean Pribyl of Blank Rome.

Following the seminar will be a reception for the participants of AMVER, which is celebrating its 60th anniversary, honoring merchant ships that volunteer to be available for maritime emergency response. The AMVER Awards Program was inaugurated in 1971 to recognize those vessels which regularly participate in the AMVER system. Ships flying the various colored AMVER pennants are a constant reminder on the oceans of that ship and company's commitment to safety at sea. Prominent display of AMVER Certificates, found in company boardrooms, corporate office reception areas and on the bulkhead of a ship's bridge or wardroom, attest to the prestige accorded with these awards. It is expected that VADM Karl Schultz, incoming Commandant of the USCG, will be participating in the ceremony.

To register, or for more information, please go to www.namepa.net. 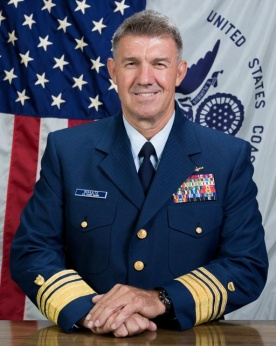 The North American Marine Environment Protection Association (NAMEPA) is a marine industry-led organization of environmental stewards preserving the marine environment by promoting sustainable marine industry best practices and educating seafarers, students and the public about the need and strategies for protecting global ocean, lake and river resources. Visit us at:www.namepa.net.